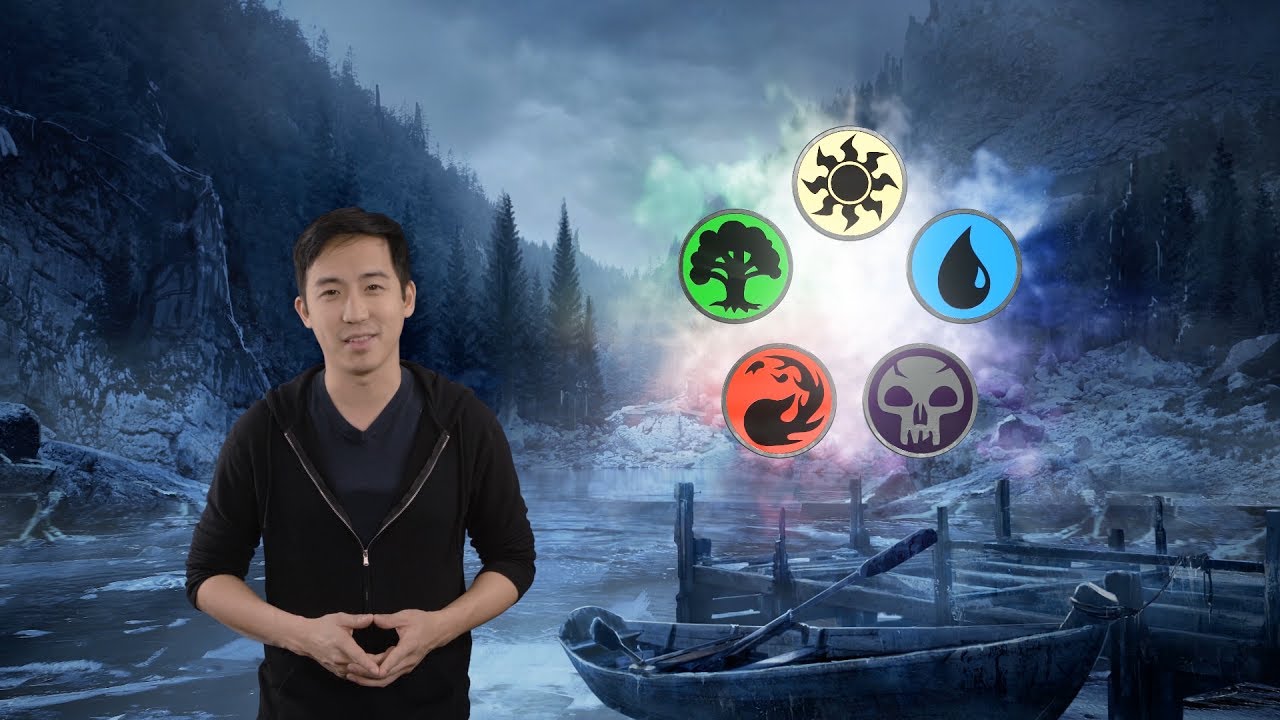 With the exceptions of Stronghold , a set released in March rather than February, and Scourge , a set which was released in May rather than June, this pattern of months was never broken, over a year period, until , when Dissension was also released a month early in May instead of June, because of the July release of Coldsnap.

The third set in a cycle has since been released in late April or early May. From , there was a fourth release date each year in mid-July, usually reserved for base sets.

Other summer releases included Coldsnap and Eventide. Fallen Empires was an experimental expansion in which most cards have three or four different pieces of artwork.

You could see them as common cards, by art, or 36 cards by the text. It was also a major expansion in the idea of tribes, especially Goblins and Merfolk.

Most early expansion sets did not have exact release dates; they were just shipped out within the space of a week, and retailers could start selling them as soon as the sets were received.

Premium cards have been inserted into booster packs since Urza's Legacy. Originally 1 premium card was inserted for every cards.

The ratio was changed to 1 in 70 cards with the Torment expansion. Beginning with Tenth Edition the rate was increased to 1 in 56 cards. Starting with Battle for Zendikar cycle, sets sometimes also contain an entry in the Masterpiece Series.

The cycle model has evolved as time went on. In addition to a formalized structure which was occasionally varied Wizards began to have trouble developing small sets that satisfied their own quality standards.

Players also reported fatigue at playing in the same environment for a year at a time. The decision to remove one small set from each cycle, as showcased in Battle For Zendikar cycle, was a result of this dissatisfaction.

It culminated in the decision to delete small sets entirely; since the conclusion of Ixalan cycle, all sets have been large-sized sets.

However, not all large-size sets will involve travel to a new plane; some will be sequels to the set prior to it, if the depth of the plane's story and mechanics allows.

These introductory sets were intended for novice Magic: The Gathering players. They were illegal in sanctioned tournaments until October , [] when they became legal in Legacy and Vintage.

Reprint sets are sets of certain cards from previous sets that were re-released for different reasons.

Some reasons include the cards were fan favorites and popular demand brought them back or in some cases, reprints were to commemorate certain events such as widely known matches or anniversary sets.

Some reprint sets revolved around a certain theme; for example, Beatdown was themed around old, out-of-print, heavy-hitting creatures.

Reprinting a card in one of these sets does not affect when it leaves Standard. Deck Builder's Toolkits are released at the same time as a core set and contain only cards from sets that are legal in Standard at that time; they are not sets as such.

Starting with Planechase in , Wizards of the Coast has occasionally printed sets intended primarily for multiplayer play, which do not necessarily consist entirely of reprints but are not legal in Standard; a card printed in one of these is legal only in Eternal formats, and reprinting a card in one of these sets does not affect when it leaves Standard.

These sets usually consist of fixed decks. These sets, though also published by Wizards of the Coast , are not legal for DCI -sanctioned tournament play.

These sets are exclusive to Magic: The Gathering Online. From Wikipedia, the free encyclopedia. Wikimedia list article.

Beta and Unlimited included the two missing cards as well as one additional alternate art variant of each of the five basic lands. Consequently, those two sets each have seven more cards than Alpha did.

Some cards' colors were washed-out. The picture and color foreground for the Serendib Efreet were wrong not that this was the first such misprint , and there was a growing concern with the Satanic images on some of the cards.

The solution was to print a "fixed" version of Revised Edition , code named "Edgar", which has since came to be known as Summer Magic because it was printed in the summer of The cards were distributed in regular Revised Edition boosters , but no Summer Edition starters were produced.

Despite its intended function as a fixed Revised Edition , there were problems with Summer Magic. On some cards, the colors were too dark.

Furthermore, Hurricane was printed as a blue card and thereby became the most famous and most desired Summer Magic card of all.

Because of all these flaws, the entire print run was recalled and destroyed which led to Revised Edition shortage in However, a few booster boxes survived.

These were meant to introduce new players to the game; most were "vanilla" creatures. The different art versions also differ in rarity causing these 5 cards to make up a total of 6 commons, 9 uncommons, and 6 rares.

Wizards of the Coast retroactively declared it part of the Ice Age block in to fit with the then-emerging standard block structure. Nearly a decade later in , Coldsnap was released as a belated third entry to the Ice Age block.

Homelands was reverted to a standalone set. Coldsnap was, for purposes of card legality, part of Time Spiral as far as rotation at the time, so it was legal to play in era Standard formats.

Instead they form a subset with their own collector's numbers. Each Time Spiral booster pack contains exactly one Timeshifted bonus card, replacing a common.

In Planar Chaos there are 45 Timeshifted Cards 20 common, 15 uncommon, and 10 rare , however, unlike in Time Spiral they were not reprints but instead they were existing cards from the past which were "colorshifted" known, iconic cards that were printed in a different color.

In contrast to the timeshifted cards in Time Spiral the colorshifted cards in Planar Chaos and Future Sight are not bonus cards, meaning that they come in rarities of common, uncommon, and rare, and are counted towards the Collector's numbers of the set.

However, unlike the previous sets these timeshifted cards have a future theme in that they have a different frame than normal cards and have keyword mechanics that may appear in future sets.

A mythic rare card will appear in approximately 1 out of every 8 booster packs instead of a rare. Despite being published between Ice Age and Homelands , it is not considered part of the Ice Age Block; for purposes of tournament-legality, it was instead treated as an extension of Fourth Edition.

The cards in Chronicles were reprinted with white borders, as opposed to their original black borders. Also Chronicles contained three uncommons with four alternate art versions meaning there are total cards but only unique cards and only 34 unique uncommons.

When they were originally released, they were not legal for DCI -sanctioned tournament play, but the DCI changed its policy and the Portal sets became legal in the Vintage and Legacy tournament formats on October 20, All 12 cards had abilities that depended on randomness and were therefore more practical to use on the computer than on paper.

They were released over the course of one year and thus deviate from the usual three expansion sets per year policy. Eventide was the second set in the Shadowmoor block and was released in July.

The same is true of Dark Ascension ; it has 4 commons, 4 uncommons, 3 rares, and 2 mythics as double-faced cards.

Furthermore, one of the mythic rares in Dragon's Maze , Maze's End , is distributed differently from the other mythic rares, in that it also replaces the basic land in the booster pack, rather than the rare.

In most languages, these are in fact ordinarily the only possibilities for the land slot; basic lands will not ordinarily appear except in Korean, Portuguese, Russian, and Traditional Chinese.

All Zendikar Expeditions cards, both those in Battle for Zendikar booster packs and those in Oath of the Gatewatch booster packs, have expansion code "EXP" in the official Gatherer database.

These cards are not included in the count here, but they may appear in booster packs. See the Masterpiece Series section for more information.

Archived from the original on May 2, The retail release date for the Urza's Destiny card set was June 7, ; the expansion rotated into the Constructed tournament environments on July 1, , the first day of the month following its retail release.

Troll and Toad. The Anthologies box set was published in November It was meant to commemorate the fifth anniversary of Magic and featured two decks filled with specially reprinted cards from every expansion made until that day.

Circle of Protection: Black and Volcanic Island were excluded from Alpha as well as five basic lands one of each type.

Archived from the original on August 12, Week in Review. The New York [Homelands prerelease] event -- October 14th, -- was my first Prerelease and I had to call and preregister as there were an extremely limited number of seats available. 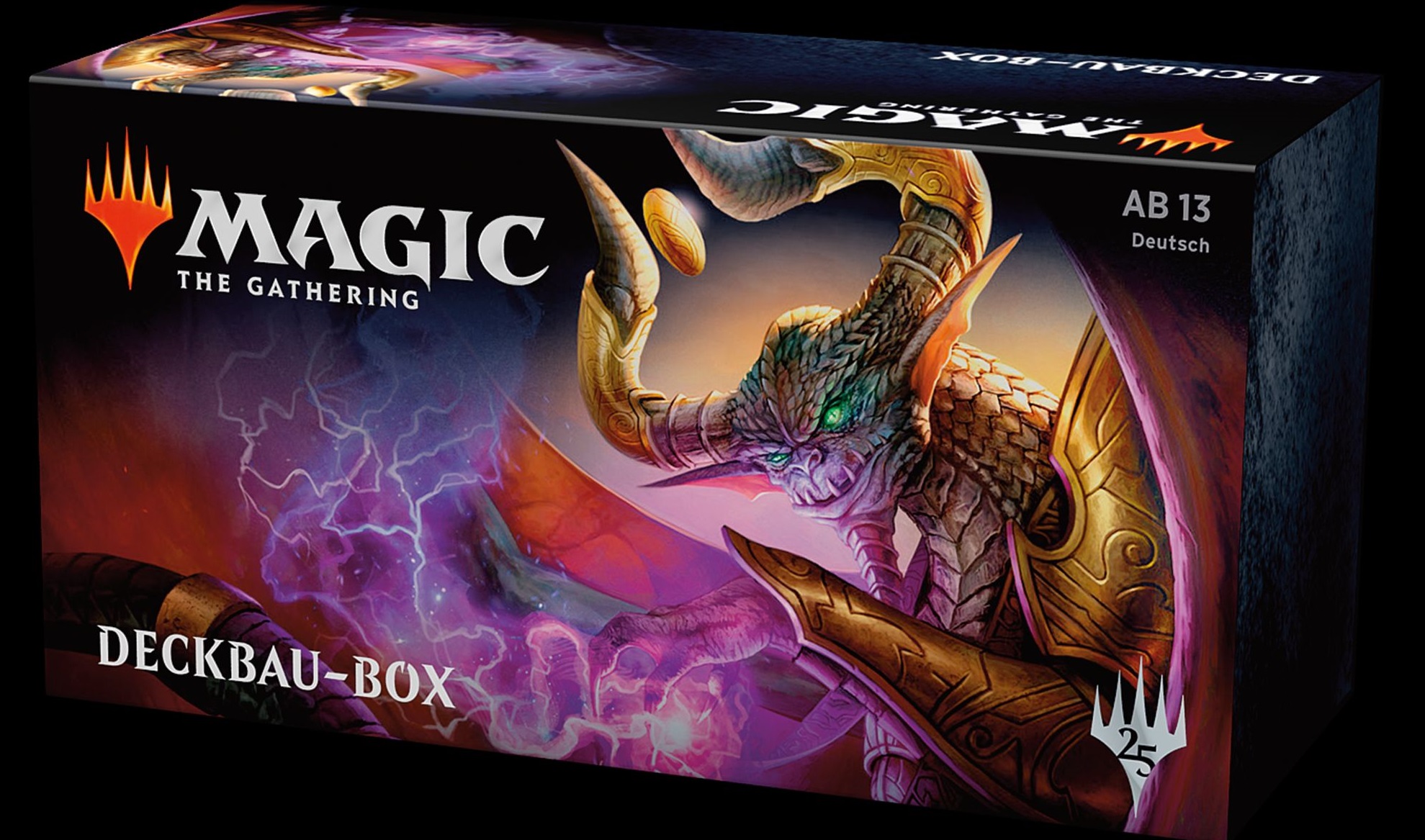